UK high mobility vehicle specialist, Supacat has provided technical assistance to Tata Motors to develop a combat vehicle, based on a Light Armoured Multipurpose Vehicle (LAMV) programme by the Indian Ministry of Defence. The LAMV prototype was unveiled at Defexpo, New Delhi, on 6 February, 2014.

The LAMV incorporates crew protection and suspension technologies based on the Supacat Protected Vehicle 400 (SPV400) Light Protected Patrol Vehicle (LPPV) requirements of the UK Ministry of Defence. These include blast resistant features such as a V-shaped hull and an all composite crew cab.

Nick Ames, Managing Director, Supacat said, “Tata’s stature in India and the UK, and Supacat’s experience in protected vehicles is a powerful combination. Our aspiration is that this is the beginning of a strategic relationship, which opens up opportunities for both companies in the Asian and European markets for protected vehicles.”

Mr. Vernon Noronha, Vice President – Defence & Government Business, Tata Motors said, “We at Tata Motors have been associated with the Indian defence and security forces for over 60 years now, with an endeavour to supply a range of world-class, high technology and reliable off-road mobility solutions. With technical support from Supacat we are proud to have been able to indigenously develop the LAMV, for vital reconnaissance mobility, protection and firepower for the Indian armed forces, giving them the much needed capabilities of rapid offensive thrusts into enemy territory.”

Since the prototype SPV400 was assessed in 2010 for the UK MoD’s LPPV, Supacat continued to develop the design to production standards, in order to meet international demand for this new class of vehicle.

Supacat is best known for developing the `Jackal` and `Coyote` vehicles operated by British Forces in Afghanistan and numerous special forces worldwide. 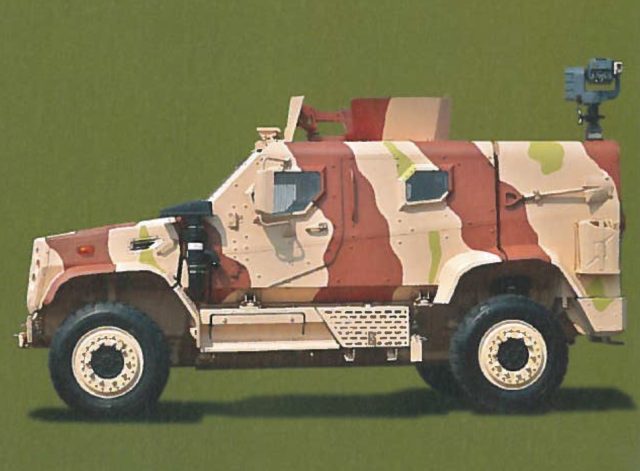