Supacat, the innovation house and high mobility vehicle specialists, and Pacific ESI, were the two SMEs engaged with CRC-ACS (and its subsidiary ACS Australia) who received certificates in recognition of the companies’ interaction and involvement with the research and government communities.  The certificate was presented by Ms Chris Butler, Head of Division, AusIndustry, on behalf of Senator the Hon. Don Farrell, Minister for Science & Research, at the CRC Association Conference’s Excellence in Innovation Awards dinner.

Michael Halloran, Managing Director, Supacat Pty Ltd said, “The involvement with CRCs is an important element of our R&D program and through CRC-ACS we have been able to leverage that research into relationships with significant international companies.”

Thanh Nguyen, who leads Supacat’s participation in CRC-ACS, received the certificate on behalf of the company at the awards dinner.  Mr Nguyen said, “Not only has our involvement with CRC-ACS continued to develop our high end skills in CAE dynamic analysis of composites, it has resulted in new engagements in the Oil and Gas and Aerospace industries.”

CRC-ACS is one of only two CRCs to have received a 2013 CRC Star Award.  The award was presented to CRC-ACS for its key roles in engaging with SMEs and researchers in driving and delivering innovation.

Supacat is an innovative engineering company specialising in vehicles and complementary machinery.  It is a product developer with a broad customer base, providing products and services in the defence, renewables, marine, oil and gas, and mining sectors.  It also provides engineering services directly to a range of customers within Australia, Asia and Europe.  Its core capabilities include Computer Aided Engineering, mechanical and composite design and prototype development.  It also uses its strong project and engineering management capabilities to work with a global network of partners to offer solutions in a wide scope of areas.

CRC-ACS embeds Australian Composites Industry SMEs into global supply chains through collaboration in the aerospace, defence, and oil and gas industries.  It has a unique model for fostering Australian innovation and building opportunities for SME organisations, and through its subsidiary ACS Australia collaborates with Australian organisations to build international business. Working with CRC-ACS and ACS Australia, Australian SMEs have won design and advanced structure contracts in emerging aerospace markets.  Projects have also developed solutions, goods and services for projects as diverse as oil, gas and petrochemical industry fire protection and helicopter safety. 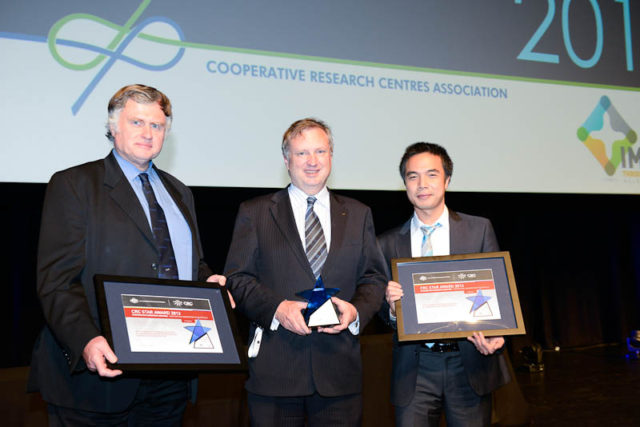