Supacat and Rheinmetall Defence Australia have signed a new partnership agreement to encompass Supacat’s participation in the LAND 400 Phase 2 acquisition program. Supacat will be among a small number of Tier 1 partners on the program with a broad range of activities across engineering development, systems requirements and validation and manufacturing of sub systems.

The teaming agreement provides the implementation framework for Supacat’s ongoing strategic partnering relationship. As an embedded partner on the program Supacat aims to be a seamless member of Rheinmetall Defence Australia’s LAND 400 program team.

Supacat was established in Australia in January 2012 and since that time has built a considerable capability focused on Land Systems in the region. In addition to delivering its own products and services within Australia, the region and globally, Supacat is proud of its collaboration with the Rheinmetall LAND 400 team from the early stages of the bidding process through to playing a key role in the RMA phase of the program. Supacat is looking forward to continuing to work closely with Rheinmetall on the LAND 400 program for many years to come on Phase 2 and future phases of the program.

Michael Halloran, Managing Director, Asia Pacific, congratulated both teams in achieving the signing of the teaming agreement and said “We are very pleased that Rheinmetall recognizes the value an Australian business can provide to its programs both here and internationally. Both companies value long term relationships and partnerships as one of the foundations of success.”

Supacat has significant recent expertise in developing industrial capability in Australia and New Zealand through delivering development, production and support programs in partnership with Australian SME’s under the Supacat Team Asia Pacific banner.

Mr Halloran went on to say “Over the last six years, we have strived to create an agile, compact prime, capable of delivering land projects within our region and services around the globe. As we continue to deliver projects and services both locally and for export, our involvement in the LAND 400 program will contribute to a lasting legacy of Defence Industry capability that provides Defence with access to a cradle to grave development capability for Land Systems”. 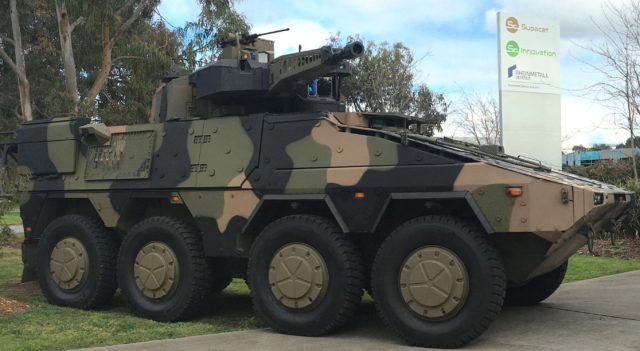