The SC Group – University of Exeter Knowledge Transfer Partnership led by KTP Associate Matt Harvey have won the national Innovate UK KTP 2022 Award for Business Impact & Transformation for developing an electric drive version of the company’s ATMP (All Terrain Mobility Platform) – an industry first for the propulsion and control of a high mobility off road vehicle, which is used in defence or other hazardous operating environments, including search and rescue and utilities support.

The award recognises how the two-year KTP has developed the expertise and knowhow to make military and off highway vehicles more capable and environmentally sustainable, and  transformed SC Group’s capabilities to create new commercial opportunities.  These include the Group’s Supacat business converting its HMT `Jackal` to hybrid electric drive for the British Army and contributed to a number of high mobility system projects outside of the defence sector via the Group’s SC Innovation business. 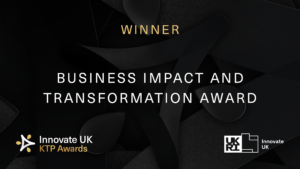 Design Engineer Matt, who joined the Devon high mobility vehicle specialist full time on completion of the KTP, also has a BEng in Motorsport Engineering. Matt said, “‘The award was a fantastic way to summarise the work done during and since the KTP to establish a technology within a sector that hadn’t previously been exploited. I’d like to thank the University of Exeter’s KTP team along with Professor Chris Smith as well as everyone from SC Group that assisted in making the KTP a reality, especially Steve Austen, Simon Turner, Mark Field and Yash Katare”.

Steve Austen, Engineering Director, SC Group, said, ‘This is a prestigious award as it recognises the impact the project has had on the company. We have translated its outcomes into profitable, sustainable business with a number of new customers and sectors through embedding the knowledge and expertise gained by Matt Harvey and Yash Katare (our second project associate working on optionally crewed vehicles) into the company, in keeping with the core principles of the KTP scheme.

‘Congratulations to Matt, who led a brilliant project and to Yash, Simon Turner and Mark Field for providing such sterling support and company supervision of these projects. I should also like to extend my sincere thanks to Prof Chris Smith and Sophie O’Callaghan at the University of Exeter and to Dr Andy Treen at Innovate UK for making this such a successful and enjoyable team effort – the impact of this project will shape the business for years to come.’

Innovate UK’s Andy Treen, Knowledge Transfer Adviser for Somerset, Devon and Cornwall, said, “It was fantastic work on such an interesting project with Supacat and Exeter University. The project has more than delivered on its ambitious goals with every partner gaining significant benefits. The KTP associate, Matt Harvey, was central to the project and his skills, enthusiasm and dedication have been rightly recognised by the KTP Award.”

Prof Chris Smith, Director of the Centre for Future Clean Mobility, who was lead supervisor for Matt Harvey whilst he was KTP Associate working between the University and Supacat, states: “Matt was an outstanding employee, calmly and steadily working out how best to electrify the ATMP vehicle. This was a first in class, so nobody knew the answers beforehand. What Matt achieved in the end worked incredibly well from both the engineering and the business points of view. This work is helping shape the progress of electrification of defence vehicles in the UK and beyond.” 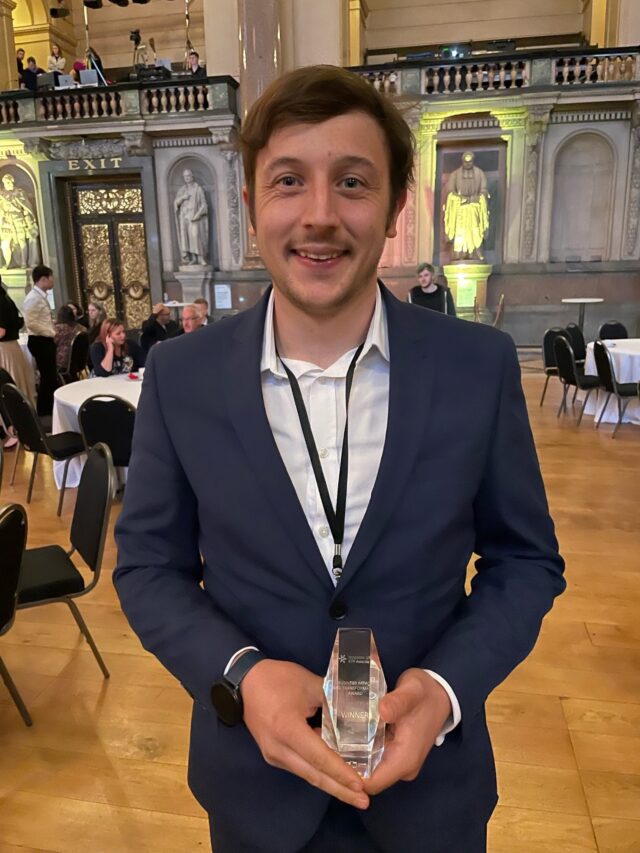