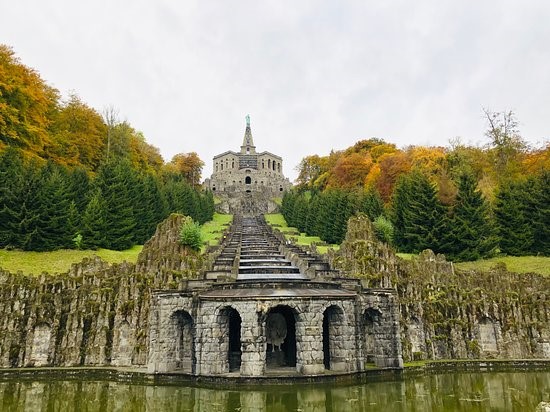 At Supacat we provide career opportunities such as working overseas. Overseas job postings are an exciting way to expand both personal and professional horizons. Immersing yourself in a foreign culture and work environment builds experience, confidence and resilience and makes you a global citizen in a global market.

William Bryans is a Senior Designer with Supacat and has been working with our major partner Rheinmetall in Germany on various 3 month long secondments over the last few years, we spoke to William (Billy) about his experiences:

1. Where were you located?

I was working in the Rheinmetall offices in Kassel, right in the centre of Germany. It’s a small city built on the river Fulda with a very good public transport system, plenty of bars and restaurants and plenty of museums. The Hercules monument would be its main tourist attraction.

I was there on 3 separate occasions. The first and third visit were for 3 months each. The second visit was cut short due the Covid 19 travel restrictions.

Part of my work for Supacat is to provide engineering support to Rheinmetall for the LAND 400 program. Many of the engineering tasks require close engagement with stakeholders and systems, so working with the Rheinmetall team in Kassel was important for us.
4. How did you like Germany?

I enjoyed my time in Germany which was helped by the fact that there are other Australians working in the same place. This made being away from my family more bearable. The beer is good and the German cuisine is not as bad as I was led to believe. I was able to visit family in the UK and see Berlin which is a place I have always wanted to visit. The language was the most difficult barrier although I found most Germans could speak and understand English well enough to communicate with me. Google translator was useful on many occasions especially in the supermarket for interpreting the labels on the items I needed to buy. Driving on the opposite side of the road I also found a challenge in the first few days.

5. What was it like working in the Rheinmetall Offices?

The people I was working with were very welcoming and friendly. I got on with everyone there and formed good working relationships. Again google translator became very useful until I was able to get my computer switched over from German to English language.

6. Was the culture very different to Australia?

Germans are generally a very respectful, patient and conservative people. They value their privacy.

7. What do you think you took away from the experience?

Face to face interaction with Rheinmetall’s LAND 400 team in Germany is invaluable, even in this age of video conference calls and social media. Being on site working side by side also gives an insight into the Rheinmetall’s other projects, workplace cultures, methods and personalities.

Return to Our People page.