18-03-2021
Developing one world-leading wheeled armoured vehicle type is hard enough. But British company Supacat has gone even further, combining two high-mobility vehicle types in a unique, convertible platform: the HMT Extenda. A removable third axle allows the Extenda to switch between 4×4 and 6×6 configurations depending on the requirements of the mission. With the Czech Armed Forces considering a possible procurement programme for special forces vehicles, the Extenda is an intriguing possibility.

The Extenda’s modular design allows the unique possibility to configure the vehicle as either a 4-wheeled or 6-wheeled variant by simply adding or removing a third rear axle. This ingenious solution means special forces can rely on having the vehicle type they need without compromise or complication – reconfiguration can be done in a matter of hours, using standard military workshop tools and lifting equipment. Supacat’s modular design philosophy means the Extenda also comes with a range of other configuration options, including various mission modules and protection levels.

Developed for use by special forces in the most dangerous and demanding operational tasks, the newest Extenda Mk2 version was unveiled in 2019 and represents a step change in wheeled vehicle capability. An enhanced suspension system enabled the gross weight of the vehicle to increase by 1,500 kg, while main crew seating spaces increased to six from four. A maximum speed of 120 km/h and maximum road range of 1000 km combine with guaranteed performance in tricky terrain, including a 1 metre fording depth capability and operability on 60% gradients and 32° side slopes.

The Norwegian and Estonian Armies are the latest customers to purchase the upgraded Extenda Mk2. With the Czech Republic now considering its own wheeled vehicle renewal programmes, the Extenda is a uniquely adaptable and flexible option.

“The HMT Extenda Mk2 has undergone rigorous testing and validation processes,” confirms Phil Applegarth, Director at Supacat. “As well as testing at our own facilities, it underwent a 12,500km tour of Australia to confirm reliability and performance over long distances. The Extenda has received rave reviews from users, who say the vehicle exceeded their expectations and offered operational capabilities they never previously thought were possible.”

Continual analysis of technical data is key to ensuring the through-life capability of a combat vehicle. For this reason, Supacat has teamed up with LPP, a Czech company which will coordinate all project activities in the Czech Republic. Besides coordinating tasks for Supacat vehicles, LPP will also be responsible for the provision of diagnostic devices gathering technical data from vehicles, as well as from sensors and weapons, and combining them to create a real-time operational picture. Establishing partnerships with domestic military industry players is a key part of Supacat’s production philosophy, meaning cooperation with the Czech Armed Forces would also bring benefits for the local economy.

“The Extenda is an extremely capable vehicle,” says General Žižka (retd.), Director of Strategic Projects at LPP. “Its 2-in-1 modularity is a unique example of the next-level capabilities which Czech special forces could enjoy with Supacat vehicles. LPP’s role, along with Supacat’s cooperation with other Czech military industry players, meanwhile indicate the broader economic benefits which Czech industry would reap through participation if the Czech Armed Forces choose to acquire wheeled armoured vehicles from Supacat.”

Supacat is the world’s leading specialist in the design and development of high mobility defence vehicles with over 1000 specialist, battle-proven vehicles delivered into service globally. Building on firm foundations with three decades of engineering design success, the company has grown to be one of the world’s leading companies specialising in the design and development of equipment operating in harsh environments. Supacat’s passionate and committed team has the skills, expertise, dedication and focus to provide the highest value to customers with bespoke quality products and services. Supacat’s range of off-road wheeled and tracked vehicles continues to expand as new requirements for high-mobility cross-country defence vehicles arise. Supacat is certified to ISO 9001:2015 and ISO 14001:2015 and delivers all aspects of vehicle design, including engineering, testing, prototype manufacture, certification, low- rate production and fleet support. The company has offices in the UK and Australia.

LPP s.r.o. is a technological company which was founded in 1993, to become very soon a local industrial leader in development and manufacturing of the flight instruments. Company has gradually expanded into other production areas, mainly in the land forces domain with the Vehicular Information and Battle Management System, which was successfully integrated as a part of Command and Control system into various combat and support platforms of Czech Armed Forces.

Nowadays the company provides comprehensive solutions to the customers all over the world not only in the Defense and Security Sector, but also in the area of intelligence and civilian rescue systems. LPP’s solutions include an artificial intelligence, big data analysis, information and cyber security systems, as well. Based on its own expertise, knowledge management and long-term engagement, has introduced own C6 ISR system, including a full integration of necessary sub-systems into the various aerial and land platforms.

Besides that, LPP focuses on development and production of own vetronics, control and data terminals, diagnostic units as well as various E/O sensors. In an aerospace sector the company is capable to provide complete avionics suits, including own EFIS and ESIS displays, mission computers, HUMS and other various instruments. LPP team predestines the company to provide its customers with the innovative and top-of-the-art solutions. 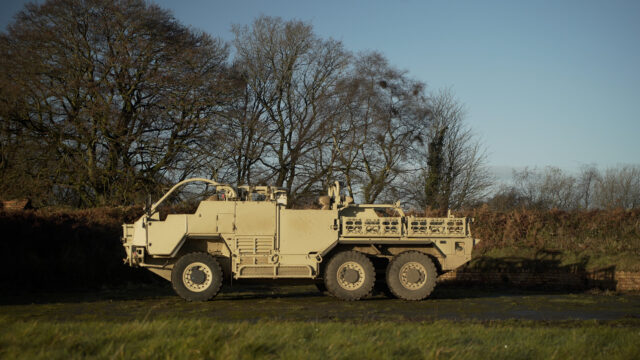