Dunkeswell, Devon, UK, 16 April, 2012, The Australian Defence Material Organisation (DMO) has selected Supacat as Preferred Bidder for the Special Operations Vehicle element of the Project Definition and Evaluation phase (PD&E) of JP2097 Ph 1B (REDFIN) program and has awarded Supacat an initial contract for this phase.

Supacat’s successful bid offered the latest version of its Special Forces HMT Extenda vehicle. When approved, JP2097 Ph 1B (REDFIN) will provide the Australian Defence Force with a new family of Special Operations Vehicles.  On completion of the PD&E phase the DMO is expected to acquire a fleet of vehicles under a separate contract.

The new vehicle, while retaining a high level of commonality with the Australian Army’s existing `Nary` HMT fleet, delivered by Supacat in 2009, provides improved capabilities, particularly, in the areas of crew protection and vehicle versatility.   Supacat’s HMT is the most capable vehicle in its class with proven operational experience.  It combines high levels of performance in the areas of mobility, protection, payload and firepower into an intuitive vehicle to operate and maintain.  It has demonstrated its reliability, flexibility and capability on extended operations around the world and is the vehicle of choice for the elite land forces of the world’s most active and influential armies.

Mick Halloran, Managing Director, Supacat Pty Ltd, said, “Being selected for this key Australian program is a huge achievement for Supacat.   We are looking forward to working with the Commonwealth, their preferred prime systems integrator for the command and control element, Elbit Systems of Australia, and our Supacat Team Australia partners to successfully deliver this first phase of REDFIN 1B. It is the launch pad for Supacat Pty in the Australian defence market”.

Nick Ames, Managing Director of Supacat Ltd, said, “The REDFIN 1B award is pivotal to Supacat’s expansion and confirms the superiority of our HMT series as the Special Operations `vehicle of choice`.  With our development of an in-country design and engineering capability, it positions Supacat to access future opportunities in the expanding Australian defence market as well as in diversified industry sectors in the Asia Pacific region”.

Designed for use by Special Forces, the HMT Extenda is unique in being convertible to either a 4×4 or 6×6 configuration to meet different operational requirements by inserting or removing a self-contained third axle unit. Like other HMT series platforms, the HMT Extenda can be supplied with optional mine blast and ballistic protection kits and with a variety of mission hampers, weapons, communications, ISTAR and force protection equipment to suit a wide range of operational roles. Supacat’s REDFIN 1B solution offers capability improvements in the key areas of firepower, protection, capacity, operability and safety, based upon direct feedback from the worldwide operational use of existing HMT fleets. There are also a number of options offered that the Commonwealth may wish to choose from. 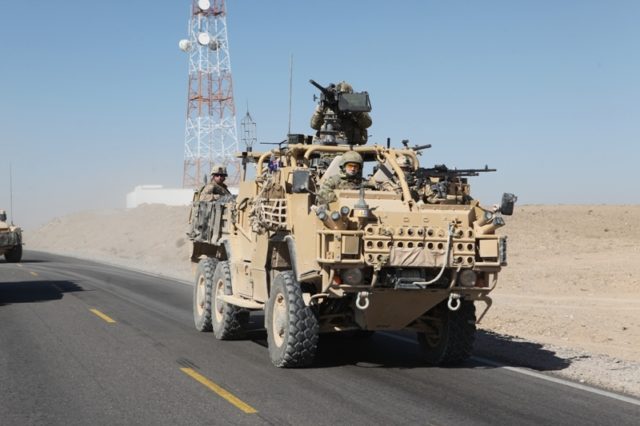