Three Victorian companies have joined with Rheinmetall Defence Australia to assemble and test the first LANCE two-man turret in Australia as part of bidding for the Land 400 Phase 2 Combat Reconnaissance Vehicle (CRV) contract.

Rheinmetall is using the LANCE turret assembly to determine which Australian companies can deliver skills, parts and expertise in the manufacture and assembly of turrets in Australia.

Supacat has been an important part of the build process and is Rheinmetall’s teaming partner in the Land 400 Phase 2 Risk Mitigation Activities currently being conducted by the Commonwealth of Australia. Rheinmetall has co-located its RMA operation at Supacat’s Port Melbourne facilities and the BOXER CRV team comprises senior Supacat personnel.

Victorian companies Able Industries Engineering and Nezkot Precision Tooling and Engineering have each played an important role in the construction of the turret by supplying products and services during the assembly process.

“Much of this work could have been conducted in manufacturing facilities in Europe but we have found each of the Victorian companies deliver a service and capability that meets or exceeds our needs to successfully compete for the Land 400 program,” said Rheinmetall Defence Australia Managing Director Andrew Fletcher.

“Companies such as Supacat, Able and Nezkot are continuing to build their defence footprint in Australia and it is programs such as Land 400 Phase 2 that will enable them to develop new capabilities, expertise and standing against global competition.  That opens the doors to export opportunities and delivering Australian technology and know-how to defence programs around the world.”

An export program is a critical part of Rheinmetall’s vision for Land 400 offer whereby the company will establish a sovereign industrial capability for military vehicles in Australia to underpin an enduring strategic relationship between the Commonwealth, the Australian Army and defence industry.

Currently the largest supplier of military vehicles to the Australian Defence Force, Rheinmetall will establish a military vehicle centre of excellence (MILVEHCOE) for the continuous design, build and support for up to 10,000 military vehicles in the Asia Pacific region, drawing on a supply network across Australia to deliver products and services locally and into Rheinmetall’s Global Supply Chain 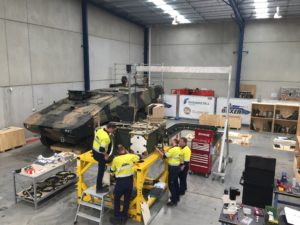 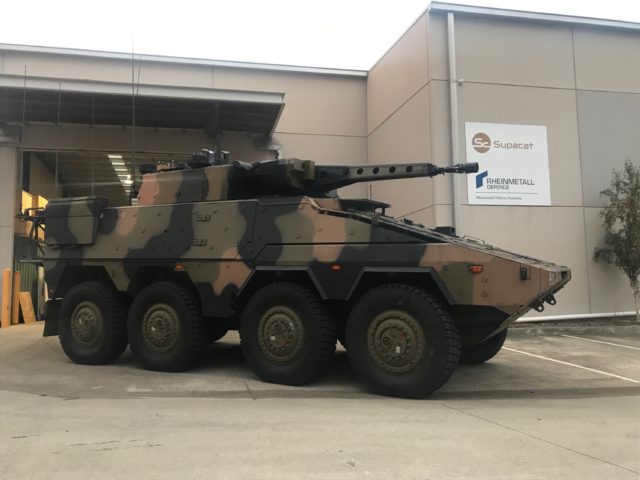