13-10-2020
Supacat is celebrating five years of partnership with Rheinmetall on the LAND 400 program.  In September 2015, Rheinmetall selected Supacat to be the first Australian company to be part of its BOXER CRV team.

Rheinmetall has been pro-active in seeking Australian industrial involvement for the program and Supacat has used its experience to support the development of relevant industrial capability in Australia.  Over the past five years, Supacat has continuously developed its people, processes and capabilities to engage fully with the Rheinmetall team and support the needs of the LAND 400 program, including a growing presence in Rheinmetall facilities both in Germany and Australia.  Supacat has also encouraged its supply chain in the development of their capabilities to meet the exacting standards of the program.

In doing so, Supacat continues to demonstrate not just our commitment to Rheinmetall, but that its place as a significant contributor to the Land Combat Vehicle Sovereign Industrial Capability in Australia.

Michael Halloran, Managing Director Asia Pacific said, “As we celebrate this five-year milestone, we recommit ourselves to supporting Rheinmetall on all its endeavors to deliver world-class capability to our Defence Force through Australia’s SMEs”.

Supacat was established in Australia in 2012 and has rapidly grown as a Compact Prime, delivering development, acquisition and support programs to the Commonwealth and global defence primes.  Supacat specialises in the design and development of high mobility vehicles for specialist forces around the world. In addition to its world class mobility products, Supacat provides engineering services to a range of military and civilian customers within Australia, Asia, North America and Europe. Its core capabilities include platform and system integration design, prototype development and high end dynamic structural analysis. Supacat currently supports the HMT fleets in Asia Pacific and is a partner to Rheinmetall Defence Australia on the Land 400 Phase 2 Program. 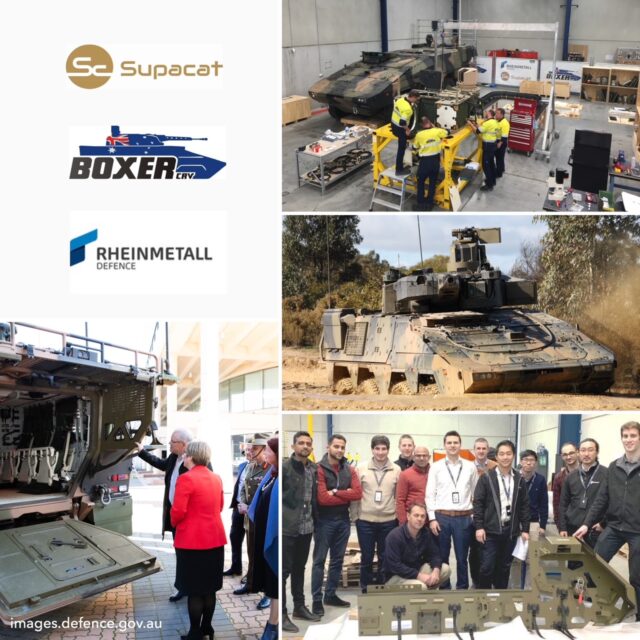