In a quest to continually improve the HMT platform, Supacat has invested in an innovative R&D project with local SME Air Radiators to improve the operation of the existing European radiator system.

The Supacat High Mobility Transporter (HMT) is used around the world by conventional military forces and is a particular favorite of Special Forces.  The primary role of the vehicle is to be a long range, off road, high payload reconnaissance platform.

As the HMT found service in new units and roles it became apparent that the users were applying the vehicle to a much wider range of activities. Therefore in 2017, Supacat initiated its HSLR (High Speed Long Range) project which aimed to have the vehicle operating proficiently in high speed transit as it already did in its traditional roles. As a result, this project has led to a number of design improvements to the HMT platform.

During the program Supacat engaged Air Radiators, local specialists in innovative heat transfer solutions to develop solutions for the much higher thermal loads generated by the HMT platform in the new operational scenarios.  In partnership, Supacat and Air Radiators developed a number of concepts and assessed the options for both performance and durability.  In the end, the team chose to advance with a new technology developed by Air Radiators called ALU FIN.  While ALU FIN had been used in commercial vehicles, this was the first development into a military platform.

The new design was taken to final test and validation through bench testing at the Air Radiators facility and in-vehicle testing on HMT vehicles.

To improve the capability of both in-service and new platforms the final solution was designed to be retrofitted to existing vehicles in keeping with Supacat’s commitment to the Through Life Support of the HMT. This all-Australian design and development is a world first and has improved the performance and durability of the HMT platform in HSLR operations.

Supacat Managing Director, Michael Halloran said, “Since our foundation in 2012, Supacat has continuously developed the local supply for our products by actively seeking out and working with other Australian companies.  The addition of companies like Air Radiators to Supacat Team Australia, strengthens our defence capability in Australia and creates additional export opportunities.”

You can learn more about this project – https://youtu.be/LYadLr2r6mM

Supacat was established in Australia in 2012 and has rapidly grown as a Compact Prime, delivering development, acquisition and support programs to the Commonwealth and global defence primes.  Supacat specialises in the design and development of high mobility vehicles for specialist forces around the world. In addition to its world class mobility products, Supacat provides engineering services to a range of military and civilian customers within Australia, Asia, North America and Europe. Its core capabilities include platform and system integration design, prototype development and high end dynamic structural analysis. Supacat excels at delivering fully Integrated Logistic Support to in-service fleets throughout the vehicle life of type. Supacat currently supports the HMT fleets in Asia Pacific and is a partner to Rheinmetall Defence Australia on the Land 400 Phase 2 Program. 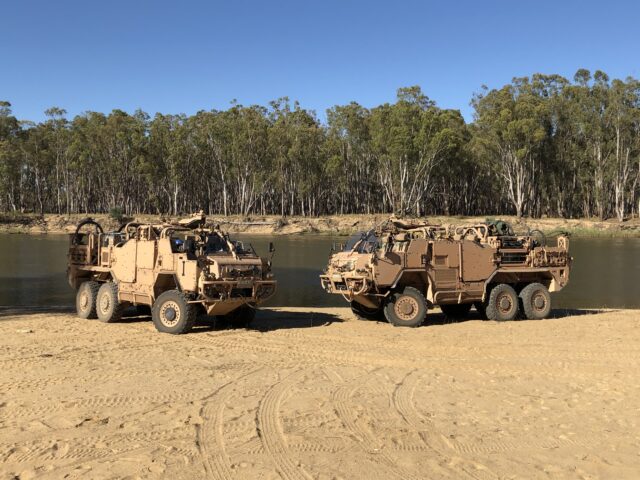