Supacat, part of the SC Group, is an innovative engineering and design company providing global, defence focused products and services with offices in the UK and Australia.

Supacat is committed to partnering with Australian industry and is delivering development, production and support programs with Australian partners under the Supacat Team Australia banner.

As part of Supacat’s corporate social responsibility program Australian Managing Director, Michael Halloran has been active in seeking ways in which the company can work with Australian initiatives designed to support service and ex-service personal.

Supacat is thrilled to officially announce their support of Trojans Trek and their endeavours to rebuild the well-being and mental health of veterans who have been adversely affected by their service.

An introduction was made between Trojans Trek Chairman, Moose Dunlop OAM and Mr Halloran and it was soon discovered that a collaboration between the two organisations would be would be a great fit. Following the initial discussions, Mr Dunlop travelled to Sydney to attend Supacat’s Annual Dinner on 24th October and share the story of Trojan’s Trek with government representatives in defence, partners and customers of Supacat.

Michael Halloran, Supacat Managing Director said “When we set out to find a veteran’s charity to focus our support on, I was amazed to discover that there were 3,200 veteran based charities in Australia. When we came across Trojan’s Trek, we felt immediately that we were on common ground. Their approach to outdoor peer support simply made sense. Trojan’s Trek has largely flown under the radar, because they have put all of their focus on the outcomes of what they do. They have had great results with minimum support, and we hope that with Supacat’s support they can provide that support to anyone that needs it.”

“Of course, the challenges of mental health and wellbeing go beyond the impacts of PTSD that Trojan’s Trek primarily supports. We see these challenges in our own business and ultimately we believe that this collaboration will be beneficial for our own staff as well.” 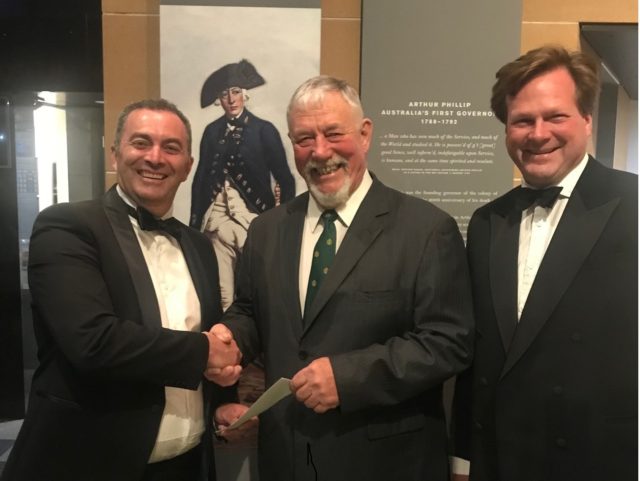