Members of the Royal Marines Brigade Reconnaissance Force (BRF) and 42 Commando Reconnaissance Force (CRF) have visited Supacat.
The visit aimed to provide Supacat engineers with direct feedback following the Royal Marines’ operational use of Jackal vehicles in Afghanistan. Proving a huge success, the visit enabled the collective group to analyse the Royal Marines’ experiences and discuss potential future improvements and upgrades to the Jackal fleet.
Perhaps the most impressed Marine at yesterday’s meeting was Sergeant Mark (Banjo) Haig, who was saved from an almost certainly fatal blast by the Jackal’s protection. He was in the front of a Jackal in Helmand earlier this year when an improvised explosive device (IED) detonated under the vehicle, badly damaging it, but not seriously injuring any of his crew. He says: “The seats collapsed and the protection systems worked – it did what it was supposed to do. It could have been fatal if I hadn’t been in the Jackal.
“No vehicle is invincible but it is a great vehicle and very manoeuvrable. It does what it’s designed to do and it makes a big difference out on operations.”
You can watch clips and read more about the visit in the Western Morning News (click here) and the BBC News website (click here). 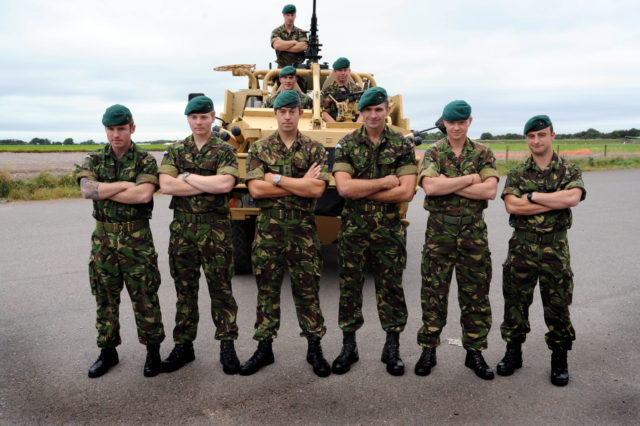