The Jackal Turns Heads in the Czech Republic

16-03-2021
Renowned British combat vehicle manufacturer Supacat has expressed a strong interest in anticipated light assault vehicle procurement programmes for the Czech Armed Forces. One of the company’s key products is the HMT400 4×4 vehicle type, nicknamed “Jackal” by the British Armed Forces. The HMT400 is a supremely versatile platform for cross-country operations adaptable to a range of combat environments.

“Jackal” is battle-proven in operations in Afghanistan and has been praised in glowing terms by the highest echelons of the British Armed Forces. Its unique air suspension system allows the selection of variable ride heights to suit the terrain, ensuring optimal performance in any environment. With flexibility becoming an ever-more important consideration in modern battlefields, the HMT400 is at the forefront of combat vehicle innovation responding to new and developing threats.

Weighing in at 7600 kg with a payload of 2100 kg, the HMT400 is a remarkably agile and durable battlefield predator. A top speed of 120 km/h and maximum range of 800 km make it well-suited for dynamic cross-country fighting. A high level of responsiveness and agility meanwhile allow effective operation in difficult terrain, with a maximum fording depth of 1 metre, operability at 60% gradients and on 35° side slopes, and a turning circle of 13.5 metres.

The HMT400 is supplied with an optional mine blast and ballistic protection kit. It also features a range of additional options for specific combat environments, including run-flat tyres, locking differentials, a self-recovery winch, weapon mounts, a remote weapon stations, smoke grenade launchers, and infrared lights. It also comes in both right-hand and left-hand drive variants.

“Our HMT 400 vehicle type has proven its agility and lethality in the harsh terrains of Afghanistan,” says Phil Applegarth, Director at Supacat. “With the Czech Republic considering the renewal of its wheeled armoured vehicle capability, the Jackal offers unparalleled levels of cross-country prowess and operational flexibility. Our focus on the localisation of production meanwhile ensures that Czech industry would reap the benefits of cooperation between the Czech Armed Forces and Supacat.”

A recent Teaming Agreement signed between Supacat and LPP, an acknowledged Czech systems integrator, could signal the potential for further industrial partnerships with other domestic military industry players. This emphasis on local industrial involvement makes Supacat a strong contender for programmes with high requirements for domestic participation. LPP’s role in the cooperation involves the provision of diagnostic devices gathering technical data from Supacat vehicles, the collection of information from different sensors, weapon systems and the battlefield into one operational picture.

“The HMT400 is an incredibly exciting possibility for the Czech Armed Forces,” says General Žižka (retd.), Director of Strategic Projects at LPP. “Our cooperation with Supacat shows the high potential on both sides to offer the most innovative military technology systems for our airborne and special troops. And Supacat’s intention to bring tangible benefits to local communities – through local manufacturing, potential exports, and job creation – highlights the economic boost which the company’s presence would bring here too.”

Supacat has delivered over 1000 battle-proven vehicles into service globally, with customers in Australia, the USA, Norway, Denmark, Great Britain, New Zealand and Estonia. With offices in England and Australia, the company delivers all aspects of vehicle design and production, including engineering, testing, prototype manufacture, certification, low-rate production and fleet support.

For more information on the HMT platform watch our vehicle demonstration

About Supacat
Supacat is the world’s leading specialist in the design and development of high mobility defence vehicles with over 1000 specialist, battle-proven vehicles delivered into service globally. Building on firm foundations with three decades of engineering design success, the company has grown to be one of the world’s leading companies specialising in the design and development of equipment operating in harsh environments. Supacat’s passionate and committed team has the skills, expertise, dedication and focus to provide the highest value to customers with bespoke quality products and services. Supacat’s range of off-road wheeled and tracked vehicles continues to expand as new requirements for high-mobility cross-country defence vehicles arise. Supacat is certified to ISO 9001:2015 and ISO 14001:2015 and delivers all aspects of vehicle design, including engineering, testing, prototype manufacture, certification, low- rate production and fleet support. The company has offices in the UK and Australia.

About LPP
LPP s.r.o. is a technological company which was founded in 1993, to become very soon a local industrial leader in development and manufacturing of the flight instruments. Company has gradually expanded into other production areas, mainly in the land forces domain with the Vehicular Information and Battle Management System, which was successfully integrated as a part of Command and Control system into various combat and support platforms of Czech Armed Forces.
Nowadays the company provides comprehensive solutions to the customers all over the world not only in the Defense and Security Sector, but also in the area of intelligence and civilian rescue systems. LPP’s solutions include an artificial intelligence, big data analysis, information and cyber security systems, as well. Based on its own expertise, knowledge management and long-term engagement, has introduced own C6 ISR system, including a full integration of necessary sub-systems into the various aerial and land platforms.
Besides that, LPP focuses on development and production of own vetronics, control and data terminals, diagnostic units as well as various E/O sensors. In an aerospace sector the company is capable to provide complete avionics suits, including own EFIS and ESIS displays, mission computers, HUMS and other various instruments. LPP team predestines the company to provide its customers with the innovative and top-of-the-art solutions. 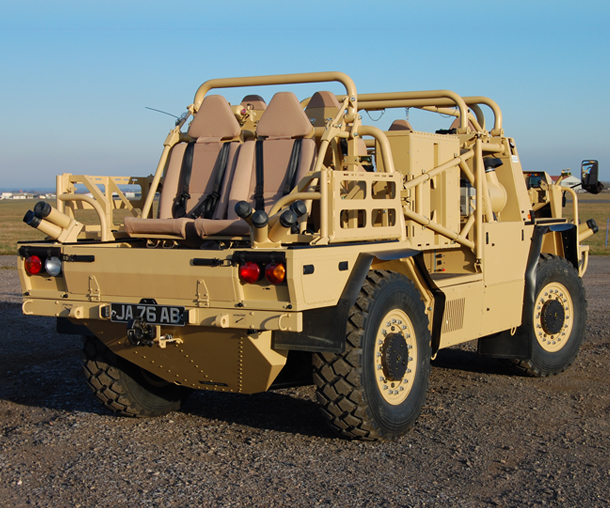