29-04-2021
British company Supacat is among the world’s most innovative designers and producers of combat vehicles, and its HMT400 vehicle type is a strong contender for the Czech Armed Forces’ anticipated wheeled combat vehicle renewal programme. While taking operational versatility and flexibility to new levels, the HMT400 is driving further innovation through a programme for the implementation of a hybrid electric-drive system for the vehicle.

Supacat’s HMT400 is a favourite of the British Armed Forces, nicknamed “Jackal” by troops and commanders. To enhance operational capabilities, the British Ministry of Defence has contracted various organisations to design and produce hybrid electric-drive systems for some of their fleets, one of which is the HMT400.

The electric drive solution for the HMT400 is intended to deliver a range of operational benefits. Hybrid drive will allow silent mobility and enhanced silent watch capabilities for stealth operations, while on-board electrical power will allow the insertion of the latest technological upgrades and provide exportable power for other power-hungry demountable systems. The introduction of a hybrid drive system will also play a part in reducing reliance on fossil fuels, increasing armies’ long-term energy sustainability.

Supacat has a long-term interest in electric-drive military vehicles – as early as 2003, the company displayed the original Supacat GHOST concept at its UK proving ground. Such exploration of hybrid drive concepts forms just one part of the company’s emphasis on technical innovations providing the most effective solutions for soldiers on the front line.

“The development of a hybrid electric-drive system for the HMT400, in cooperation with various partner organisations, is an example of delivering exciting developments in combat vehicle innovation, helping to make our “Jackal” a vehicle for the present and the future,” says Phil Applegarth, Director at Supacat. “If we are chosen to supply vehicles for the Czech Republic, the country can expect similarly beneficial industrial and innovation partnerships. Our recent teaming agreement with LPP demonstrates our intent to build up a strong network of Czech partners to ensure the best possible vehicle solution for the Czech Armed Forces.”

General (retired) Žižka, Director of Strategic Projects at systems integrator LPP, confirms the interest of Supacat’s Czech potential customer and its partners in the hybrid drive solution. “Hybrid electric-drive solution is an intriguing opportunity, not only in the United Kingdom, but also for the Czech Republic’s forthcoming tender for the paratroopers. Such a system would provide promising possibilities for “stealth” operations not only for them, but it could be used also for special operation forces. This solution will positively influence operational logistics in terms of refuelling requirements.”

The British MoD will analyse the operational impact of the new technical capabilities for the HMT400 based on demonstrator models. A positive assessment could lead to the delivery of enhanced capabilities for Supacat’s HMT400 vehicles both in the UK, and around the world. Supacat has to date delivered over 1000 battle-proven vehicles into service globally.

About Supacat
Supacat is the world’s leading specialist in the design and development of high mobility defence vehicles with over 1000 specialist, battle-proven vehicles delivered into service globally. Building on firm foundations with three decades of engineering design success, the company has grown to be one of the world’s leading companies specialising in the design and development of equipment operating in harsh environments. Supacat’s passionate and committed team has the skills, expertise, dedication and focus to provide the highest value to customers with bespoke quality products and services. Supacat’s range of off-road wheeled and tracked vehicles continues to expand as new requirements for high-mobility cross-country defence vehicles arise. Supacat is certified to ISO 9001:2015 and ISO 14001:2015 and delivers all aspects of vehicle design, including engineering, testing, prototype manufacture, certification, low- rate production and fleet support. The company has offices in the UK and Australia.

About LPP
LPP s.r.o. is a technological company which was founded in 1993, to become very soon a local industrial leader in development and manufacturing of the flight instruments. Company has gradually expanded into other production areas, mainly in the land forces domain with the Vehicular Information and Battle Management System, which was successfully integrated as a part of Command and Control system into various combat and support platforms of Czech Armed Forces.
Nowadays the company provides comprehensive solutions to the customers all over the world not only in the Defense and Security Sector, but also in the area of intelligence and civilian rescue systems. LPP’s solutions include an artificial intelligence, big data analysis, information and cyber security systems, as well. Based on its own expertise, knowledge management and long-term engagement, has introduced own C6 ISR system, including a full integration of necessary sub-systems into the various aerial and land platforms.
Besides that, LPP focuses on development and production of own vetronics, control and data terminals, diagnostic units as well as various E/O sensors. In an aerospace sector the company is capable to provide complete avionics suits, including own EFIS and ESIS displays, mission computers, HUMS and other various instruments. LPP team predestines the company to provide its customers with the innovative and top-of-the-art solutions. 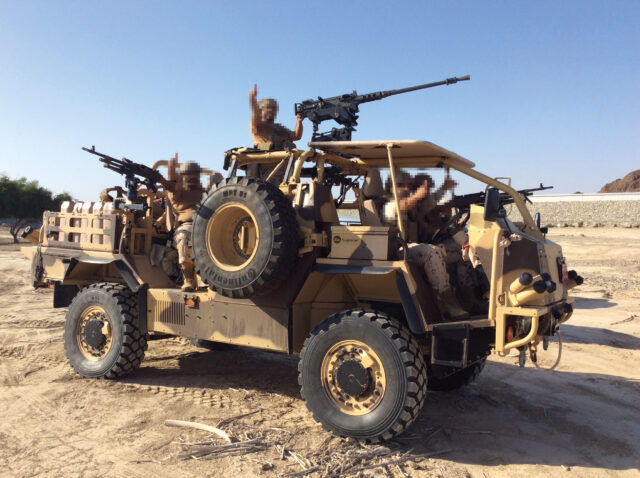