The UK military vehicle developer, Supacat, has received the Employer Recognition Scheme Gold Award for its outstanding support towards the Armed Forces community.

The Employer Recognition Scheme Gold Awards represent the highest badge of honour for organisations that employ and support those who serve, veterans and their families.  This year’s awards were announced by Minister for Defence People and Veterans, Leo Docherty.

Supacat is a signatory and upholder of the Armed Forces Covenant and in 2018 received the Silver Award, one of the prerequisites for achieving Gold Award status.  Supacat has since enhanced its company policies in support of the scheme and nominated an ambassador to encourage and guide other companies to engage in the Employer Recognition Scheme and support the Armed Forces community.

“We are proud that Supacat has stepped up through the criteria over the years and achieved Gold Award status”, said Phil Applegarth, Director and Head of Supacat, who is a Reservist and the Supacat Ambassador for the Employment Recognition Scheme.

“We spend considerable time helping those who are disadvantaged, whether it be physical or mental.  We have also demonstrated our support in having sponsored the Armed Forces Para-sports team and we have continued our sponsorship to Team Army since its conception over a decade ago”. 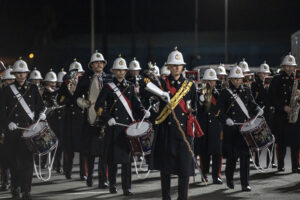